The Summit Restaurant at Shangri La

The Summit Restaurant at Shangri-La

The Summit Restaurant offers club members and Shangri-La Resort guests the ultimate Grand Lake dining experience.  The beautifully designed 85-seat restaurant, located on the second floor of the magnificent Shangri-La Club House on Monkey Island, overlooks a carefully crafted waterfall feature on the golf course with an extended view of the open water of Grand Lake O’ the Cherokees.  With lunch and dinner service for members and resort guests,

The Summit Restaurant provides an elegant dining opportunity in a casual, relaxed atmosphere any time you desire. The adjoining Buffalo Bar is a popular Monkey Island relaxation center featuring a variety of adult beverages, as well as select menu items, from 10:30 a.m. daily.  The large bar, available table service and the expansive balcony, offering panoramic views of the golf course and lake and overlooking Shangri La Golf Club’s driving range and practice facility, provide the perfect spot to unwind and share tales of the day’s Grand Lake adventures.

If members prefer to access Shangri-La Club House facilities by boat, courtesy slips are available at nearby Shangri-La Marina and courtesy shuttle transportation to and from the marina is also available.

Although The Summit Restaurant and Buffalo Bar are open only to members and resort guests, Eddy’s Lakeside Bar at Shangri-La Marina and Doc’s Bar &amp; Grill at Shangri-La’s Resort Hotel both offer popular dining venues to the general public. 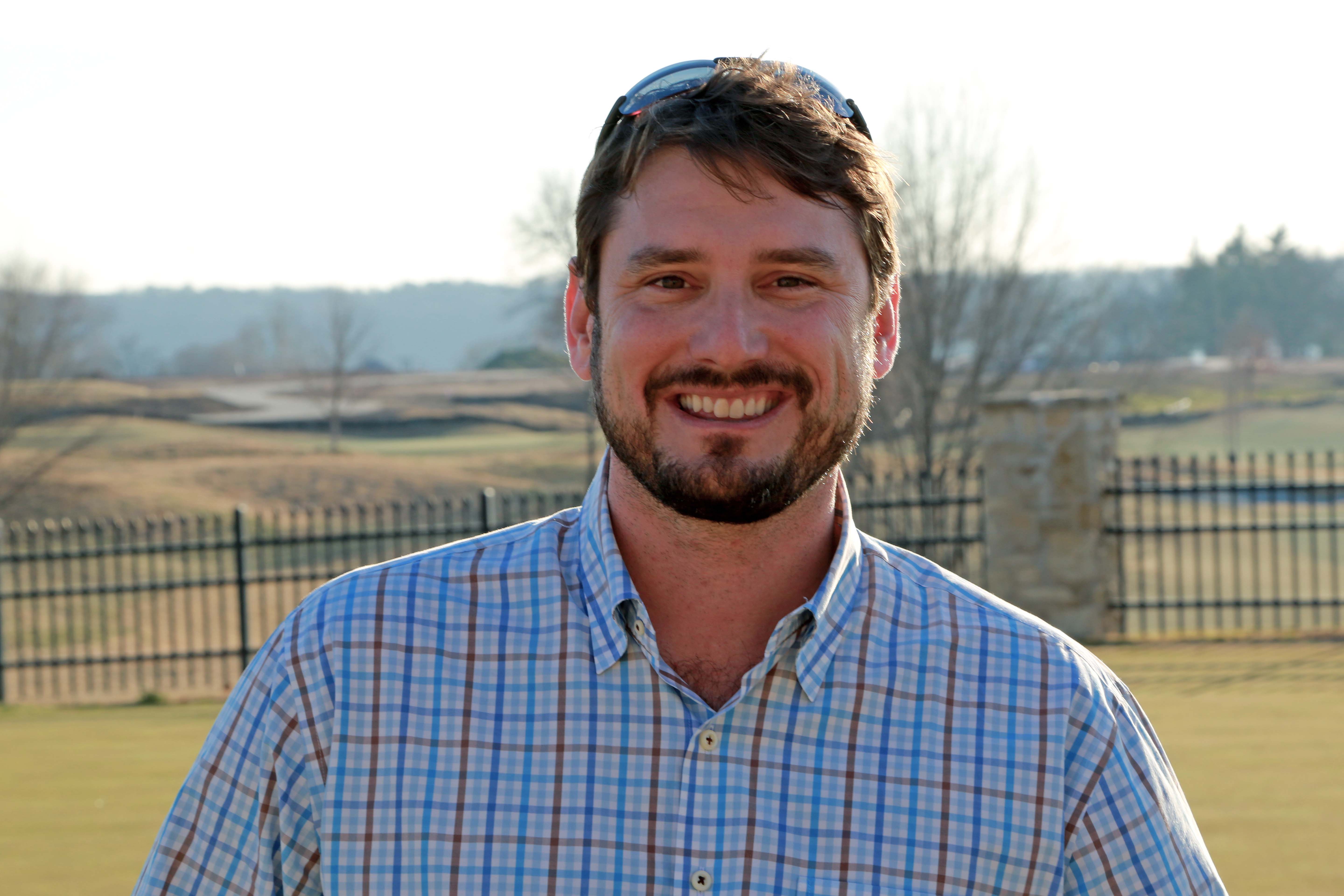 A native of Owasso, Oklahoma, Jason Sheffield was the natural selection for Eddy Gibbs as his choice to lead the challenge of rebuilding Oklahoma’s most storied golf resort.  Following graduation from Owasso High School and finishing undergraduate studies at the top of his class at the University of Oklahoma College of Business with a Management Information Systems degree, Jason returned to Owasso where chose an entrepreneurial career path instead a corporate pursuit.  Jason worked with a diversified operation that handled management of varied enterprises including real estate development, subdivision planning, home building, real estate law and title insurance.  Before long, he was not only managing partnerships for multiple building and real estate operations, but was also heading a home building company of his own.

In fact, Jason had seven new homes nearing completion in January, 2010, when Eddy Gibbs caught him on his cell phone with an offer he couldn’t refuse.  Gibbs, who had known Jason most of his entire life, asked him to partner with him to buy Shangri-La Resort and rebuild it to restore the property to its legendary greatness.  By April of that year, Jason was on property at Shangri-La working out of a makeshift office with a skeleton staff.  A little over a year later, the Shangri-La Golf Course was once again the talk of the golf community.

Jason describes himself as a “family, friends and community guy,” and he loves sports, “especially University of Oklahoma athletics.”  He and his wife, Brenda, live in Grove with their three children, Nora, 6, Isaac, 4, and Katie Rae, 1.

A native of East Stroudsburg, PA, Rob is a second generation PGA Golf Professional with 20 years of Golf and Business experience under his belt. He has worked at some of the finest golf courses and clubs in America and prides himself on delivering premier products and first class services. With a BS in Business Management from Oral Roberts University and time as an owner and producer of Blue Yonder Films, Rob has a diverse background that enables him to wear the many hats that a Director of Golf must wear.

Rob is married to reknowned Pediatric Ophthalmologist, Dr. Tammy Yanovitch, and has a son named Ilya who loves hockey almost as much as his dad does. Rob's love of the game of golf goes far beyond the business world. He is an accomplished player and teacher and enjoys conversations about the swing, golf course design, and has a great respect for the history of the game, taught to him by his father Vince, a 50 year PGA member. Along with his PGA Class A Membership, Rob has achieved PGA Special Certifications in both Instruction and Golf Operations.

Michael came to Shangri-La from Holiday Inn By the Bay/Lafayette Hotel Group, in Portland, Maine. With more than 20 years of experience, including 14 years as an Executive Chef, Chef Michael is a great addition to our staff. Prior to his job in Maine, he was Corporate Executive Chef/Food & Beverage Director for the Azur Hospitality group where he was tasked with the design and execution of opening five venues in Nassau, Bahamas. He also assisted Azur with operations at two Miami, Florida properties, Villa Azur and Brasserie Azur.

He is certainly not without local Oklahoma knowledge and experience, as well, having service for three years as Fine Dining Chef/Chef De Cuisine at McGill’s on 19 at Hard Rock Casino in Tulsa. He also handled the buffet venue at Hard Rock as well as working to design, plan and open “Casino 3” food & beverage venues at the casino.

At Shangri-La, he is responsible for all food &amp; beverage services at The Summit Restaurant, Doc’s Bar & Grill, and Eddy’s Lakeside Bar at Shangri-La. 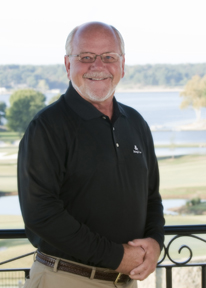 Mike Williams is both a longtime Grand Laker, a Shangri-La historical authority and a recognized advertising, communications, public relations and government relations expert.  He has a broad base of radio, television and newspaper experience, having served during his career as Assistant News Director for KTOK Radio and the Oklahoma Radio News Network, Managing Editor of KWTV News 9 in Oklahoma City and Managing Editor of The Chronicle of Grand Lake.

Williams and his wife, Cari, owned an advertising, public relations, government relations and political consulting firm in Oklahoma City for many years before moving to Grand Lake full time in 1993.  Most recently, Mike operated his own consulting firm, C.M. Williams Consulting LLC.  Mike and Cari were Grand Lake enthusiasts long before moving here full-time.  They have owned boats and weekend Grand Lake residences since the 1970’s and were members of the original Shangri-La Resort.

Having worked as Manager of Cherokee Yacht Club Marina and as Director of Operations for Ugly John’s Custom Boats & RVs, Mike is also a valuable asset in the marketing of the wide variety of facilities at Shangri-La Marina.  He supervises all communications and government relations efforts for the entire Shangri-La operation.

Mike and Cari live in the midst of Shangri-La Golf Club’s course, in Vista Towers.  They are well known Monkey Islanders, having raised their four grown children, all graduates of Grove High School, on the Island.

Raised in South Dakota, Denise began working in her grandfather’s restaurants when she was only 13 years old. She moved to Oklahoma to accept a position at Hillcrest Country Club in Bartlesville, but she has been serving customers in the Grand Lake area since 1994. Denise is one of the few Shangri-La staff members who worked at the original Shangri-La Resort. She has a broad range of experience in food and beverage at popular area facilities including Downstream Casino. She returned to the Shangri-La operations in 2011, coordinating all food and beverage operations.

Denise and her husband Robert have four grown children and five grandchildren. They live in Fairland, Oklahoma.